With no performances in the foreseeable future, pro drummers are filling up their schedules — and equipment arsenals — in the studio with Mojave microphones.

While just about every industry has had to deal with changes in workplace environment and day-to-day operations as a result of the global pandemic, few professionals have had to adjust their typical work routines — let alone outfit their new, or temporary, work-spaces — as much as live performers have.

Especially drummers. But, even with hope that circumstances will allow professional musicians to return to their schedules — previously packed with touring and live gigs — still well-off on the horizon, drummers in Los Angeles like Kenny Aronoff, Christopher Allis, Jake Hayden and Erik Eldenius haven’t skipped a beat. In addition to practicing the rhythmic craft they’ve perfected on drums, these and other professional musicians in cities LA, Nashville, and New York have been building their repertoire of skills beyond the realm of percussion, proper, to include sound engineering know-how, meanwhile building out their own studio recording arsenals with microphones from Mojave Audio. 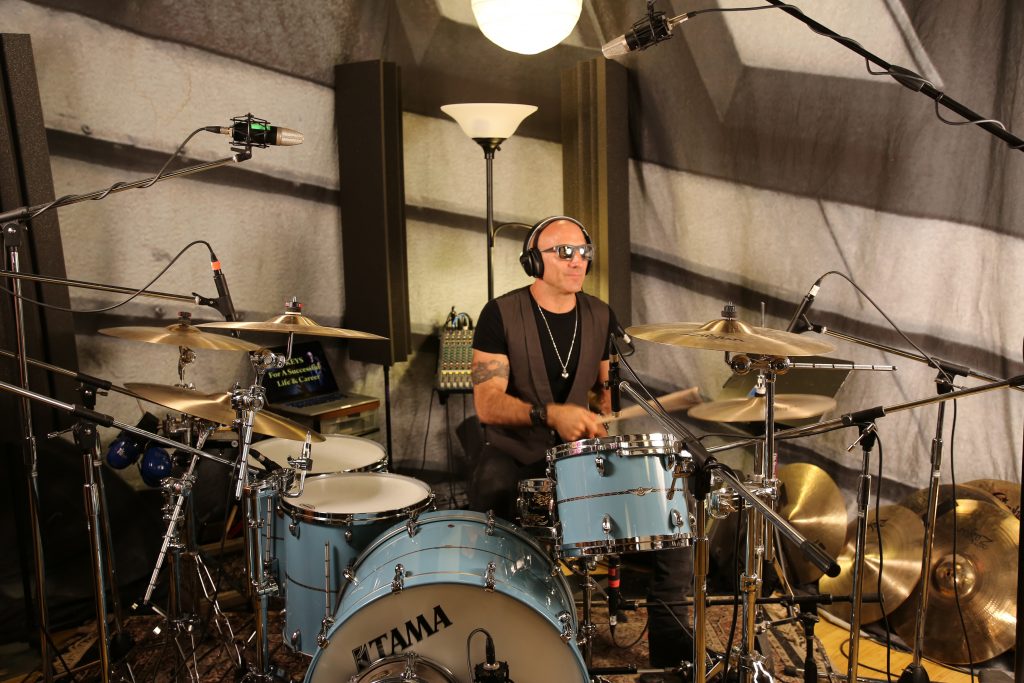 More than just ‘mic’d up’

Unlike vocalists, or other instrumentalists, where one well-placed mic will frequently suffice to record in an acoustically treated sound booth, miking up a drum set is much more complicated. And, although some instrumentalists have embraced minimalist or makeshift recording setups in order to continue producing and sharing their creativity with the world in quarantine, professional drummers not only have to record themselves using more, and better-quality, microphones — each with individual and specific applications — but, they also have to learn different methods and configurations for engineering the recording, so that they are able to achieve an end-product that’s on-par with the same quality standards they would otherwise get in a commercial studio. 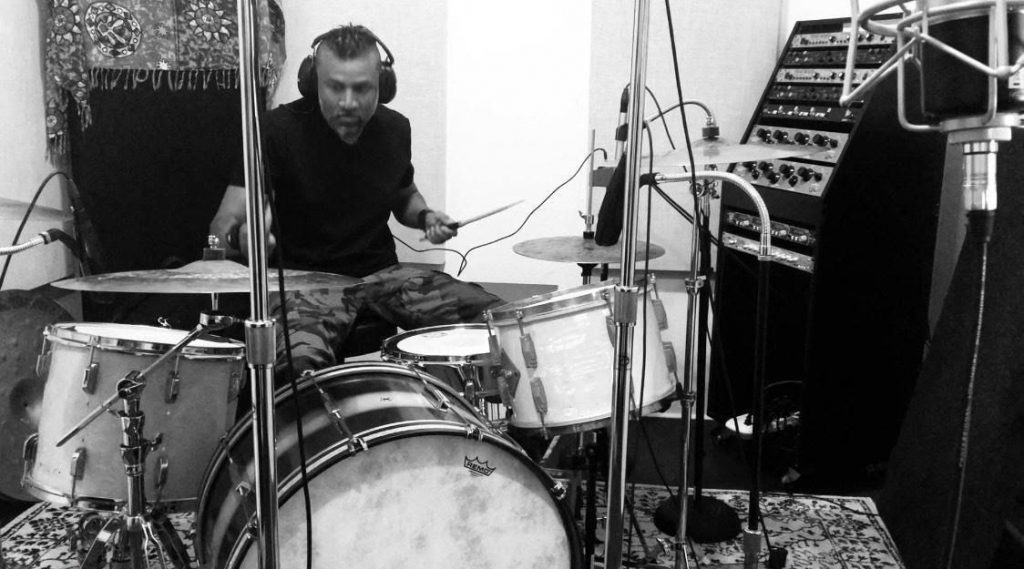 While Erik Eldenius may be used to touring around the world performing with the likes Billy Idol and Steve Stevens, he’d already started to build out his own recording retreat in the mountains in January 2020, well ahead of quarantining. But, once his performance schedule was put on hold last March, he went to the studio and began to experiment.

“I had just built the studio,” Eldenius said, “so the first couple months of the pandemic I was preoccupied with getting it up and running. Since then, I’ve had a handful of bands and clients to come up here to record, so there has been a sense of normalcy, thankfully. And, while I play every day to stay on top of things technically and physically, mostly these days I’ve been experimenting with different mic techniques.”

Using a Mojave Audio MA-200 large diaphragm condenser microphone, Eldenius has applied his sound engineering skills to record drummers based on the preferences of different producers he works with. But, when it comes to his own preference, he prefers the mammoth sound of the now-classic Glynn Johns configuration — originally used to record John Bonham — taking the bare-bones features and analog warmth of the MA-200 and applying it to this minimal, yet effective drum-recording configuration.

“The MA-200s were the first Mojave microphones I was introduced to, and I like the simplicity of them since they don’t have all different polar patterns, high-pass filters, and pads you get with the MA-300,” Eldenius said. “They provide the gritty, ‘fat’ mid-range that I prefer hearing in most instruments — not just drums. In the Glynn Johns configuration, it’s amazing how full and how much low- to mid-range you can get with MA-200, while keeping the top-end crisp and tight, without it being harsh.” 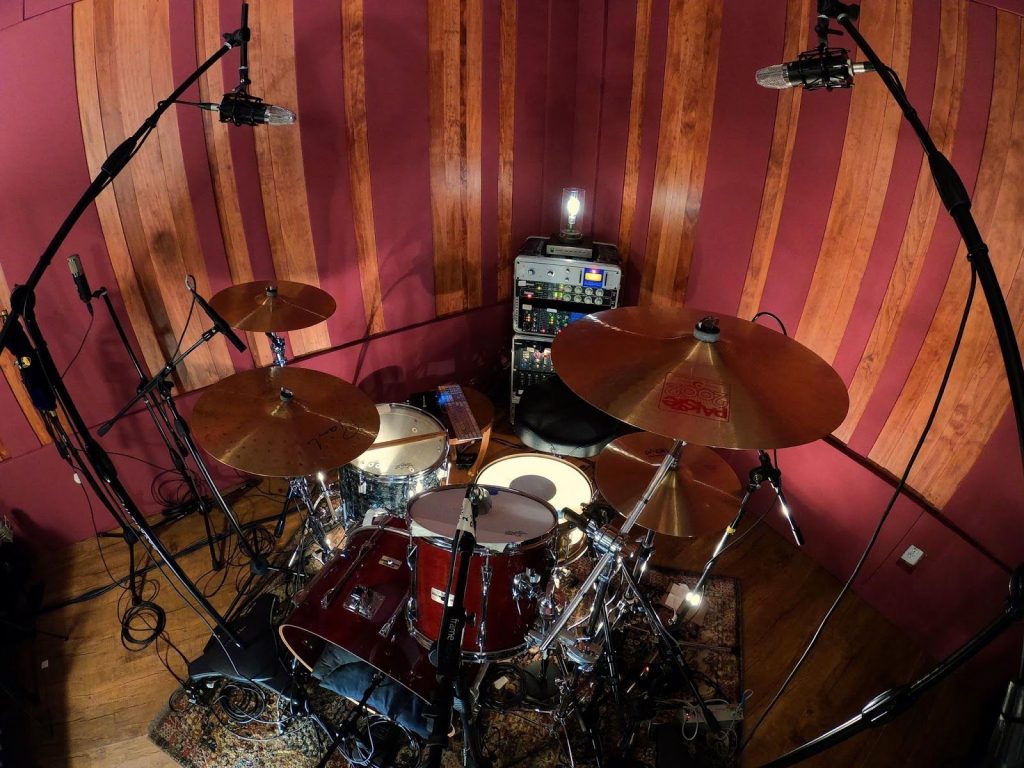 Opening up to alternative options

Among other LA gigging and session drummers who’ve taken to upgrading their recording setup, Jake Hayden (Dorothy, Beth Ditto) and Christopher Allis (Michael Nesmith, Peter Asher, Jacob Szekely) both used the time they’ve had this past year to invest in their future as professional recording and performing musicians, by researching new equipment and engineering applications while they continue to build their studio setups for recording drums. And, both found they too gravitated toward the analog warmth of Mojave microphones — but with the MA-300, which is based on the MA-200 design and adds a variable pickup pattern selector, 15dB pad, and a switchable bass roll-off, which allow for a wider potential of drum-recording applications.

“I started building out my own studio in December with a vision,” Hayden said. “I did loads of research, because, until a few months ago, I had never engineered anything in my life. So, I did a lot of listening to ‘shoot-outs’ between different mics and asking a lot of questions. With the MA-300, I get the best sound representation from my overhead — they’re juicy, clear, warm and detailed. Plus, with the different polar patterns, they’re really versatile. So if I want to put some ribbon mics up for a different vibe, I can still put the MA-300 in the room somewhere set to omni, and they’re a great addition.” 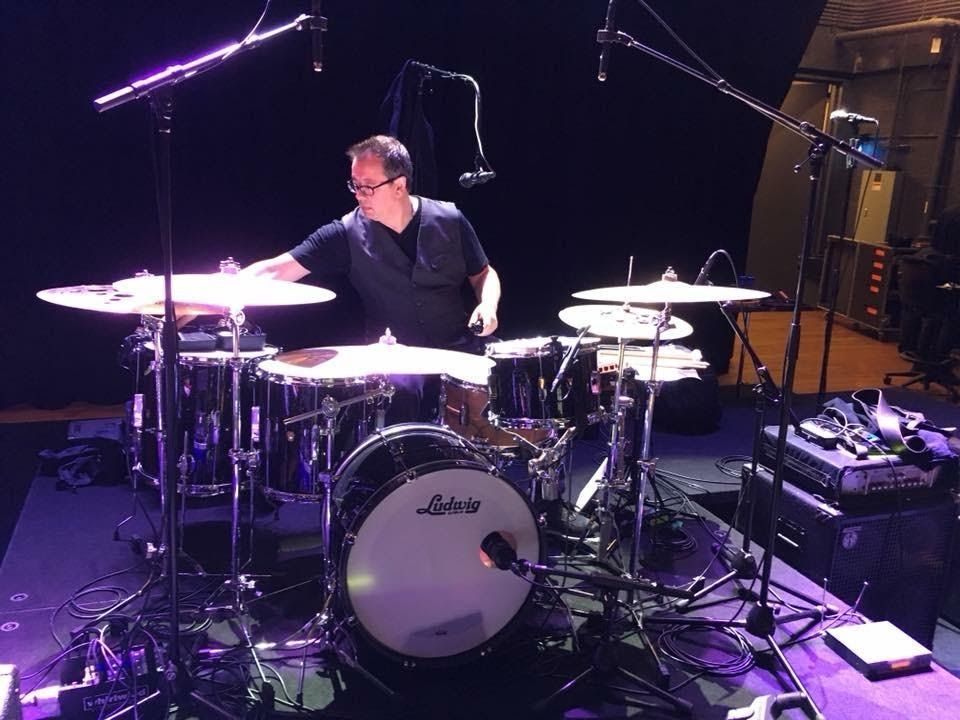 Allis, whose gigs lately have included regularly popping into studios along the West Coast to record with some of today’s top jazz and pop acts, also went with the MA-300 to attain the Mojave Audio tube condenser mic sound, for use in a broad range of possible recording applications — including ones in which he brings them into studios, outside his own, to record with them.

“I like having the option of just using overhead mics to capture the drums, so I needed a microphone that worked whether in a minimal mic set up or, the entire kitchen sink approach — depending on what the song, the engineer, or the producer requires. The MA-300 made the most sense because it’s essentially three mics in one. The build quality is great and they sound gorgeous. I was looking to buy the best stuff, once. So I did.”

Among the well-established sidemen drummers, few possess the inexhaustible energy that Kenny Aronoff brings to both drumming and recording. Having spent his 40-year career touring with the likes of John Mellencamp, John Fogherty, Melissa Etheridge, among others — Aronoff represents the old-guard of session drummers who had already spent years building out their own studio, well before the pandemic hit. 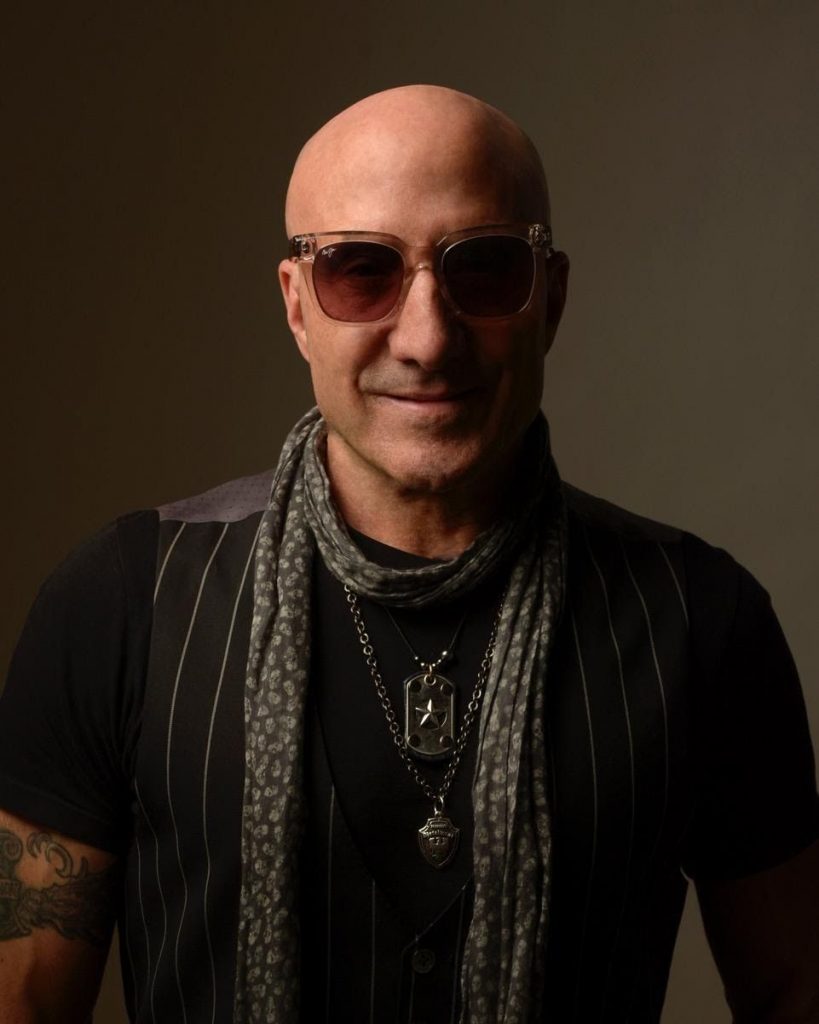 While Aronoff has for a long time preferred Mojave tube condenser mic sound the MA-100 microphones impart to recording his toms and snare, and an MA-101fet on hi-hat, he’s recently begun to apply the MA-301fet to the front head of the kick drum. “We’re constantly experimenting, because it’s always a battle between the track, the value that the drum brings to it,” Aronoff said. “The thing about Mojave mics is they give a vintage kind of sound, with that old mic vibe, which makes the recorded drums sound more analog.”

“When you have good recording equipment, and you have a good drum set, and then you add a great musician — what’s the first thing you need to get great sound? A great microphone. And when you have microphones like Mojave Audio, designed by David Royer, they give the recording that human feel that people are drawn to, even though they don’t necessarily know why. It’s because that recording captures the energy of the music, and makes people feel that energy within them.”