When Toby Perlman founded The Perlman Music Program (PMP) in 1994, the dream envisioned for herself as a young violin student at Juilliard had finally come true: a nurturing and supportive community, offering unmatched musical training to young string players with rare and special talents. Today, with a world-class faculty led by her husband, world-renowned violinist Itzhak Perlman, PMP has grown into a tight-knit community of students training to become the future leaders in classical music — as PMP’s alumni have continuously proven since the program first began.

But, as with virtually every summer music education program planned for 2020, an unprecedented set of challenges began to pile on top of one another in March, as the global pandemic forced PMP, and other programs like it, to consider alternative means of instruction at a distance. 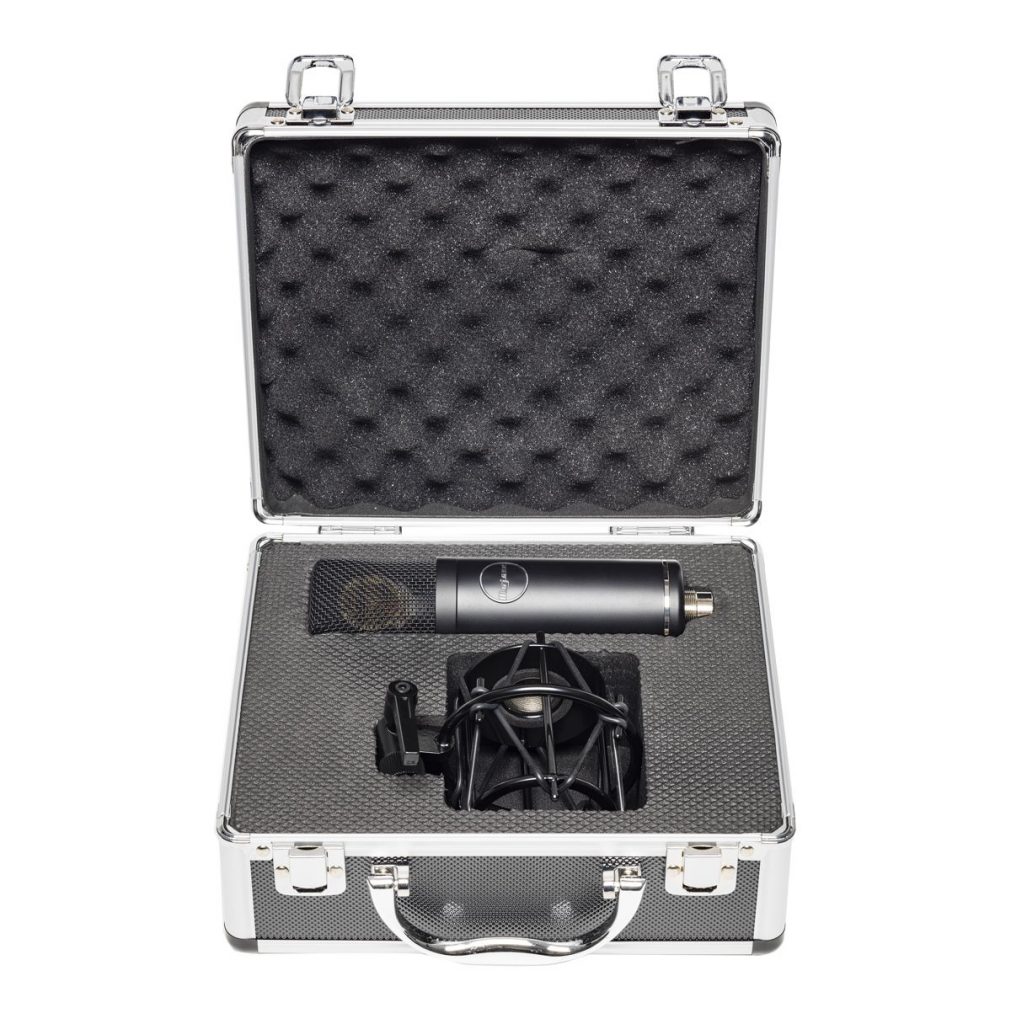 “I knew that microphones designed by David Royer have a sound that I really love for strings,” Silberger said, “But, I also knew that we would need something that would work really well for lessons, as well as for recording performances, and general recording.
“We were very lucky that Mojave was able to come up with all the microphones that we needed in order to be able to send one to all the kids. In this time especially, having the highest quality sound possible is really important, because it changes the experience of instructing students so much.“
Recording kits for every kid

After the initial years of instruction in the Perlman’s living room in East Hampton, instruction for The Perlman Music Program since 2000 has typically been held on PMP’s 28-acre Shelter Island campus — situated between Long Island’s North and South Forks and accessible only by ferry. PMP is a non-profit organization, funded by a devoted network of members and foundations to ensure that no deserving student is ever turned away for lack of funds. However, this year required some sudden additional preparations to be made in order to accommodate PMP’s elite set of student-performers from around the globe. A private foundation stepped in to support the unique challenges students and faculty were facing, and underwrote the urgent technical and professional needs the Program faced in order to execute a successful virtual Summer Music School.

When it came to choosing the equipment for the kits, Silberger decided to include one Mojave MA-50 condenser microphone, plus a boom mic, a USB interface, and adapters for the students, depending on their at-home computer.
“There are so many things about in-person lessons that you can’t replace at all,” Silberger said. “But there’s still a lot you can get from doing it online. Being able to work with really great microphones and equipment really helps the process of online instruction. I think Royer-designed microphones generally have a little bit more warmth than a lot of other microphones. And, they’re great for strings, because they let you hear a lot more of what the student playing is doing.”
Teaching the tools of the trade

In addition to helping instructors better hear their students during online instruction and teaching the students the basics of recording their instruments, the microphones also help students learn a specific set of skills of how to record performances — a skill which they will use again for additional upcoming performances they may play in the near term. Silberger says this newly introduced process prepares them not only for a lifelong technical skill associated with being a professional performing and recording artist — it also helps them better understand the ways in which they can uniquely express themselves, via the types of tones and timbres they learn to cull out of their instrument during a recording.

Using Mojave’s MA-50 condenser microphone and a boom mic stand — instead of, say, setting iPhone on the piano bench, then recording through the phone’s mic — Silberger said, “Students can go on their all-in-one audio interface and change the gain, customizing it to their sound preferences, to what they want to hear from themselves. This allows a back-and-forth with instructors, where the students can also listen and hear that difference in their own playing. It makes them listen in a different way. Plus it gives you more detail in the recording and more warmth.”
A gala to last a lifetime

This year, the program’s Summer Music School used the recording kits containing Mojave Audio MA-50 microphones to record performances for The Perlman Music Program Virtual Summer Gala, broadcast online on YouTube on July 24, 2020. In addition to student performances, the Gala featured appearances and notes from notable alumni, as well as an interview between Alec Baldwin and PMP President and Founder Toby Perlman, along with her husband Itzhak.